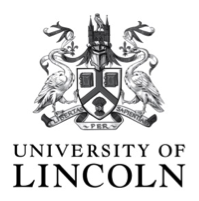 ATTENDANCE IS FREE, and includes the option of attending a very special lights, lasers and sound event at Lincoln Castle, part of Frequency Festival of Digital Culture 2015 and the Magna Carta 800 anniversary celebrations, starting at 7pm

This symposium, supported as part of the AHRC-funded Academic Book of the Future project, considers the possibilities for the circulation, publication and exhibition of new ideas in the digital age, aiming to challenge and expand current perceptions of what high quality research outputs might look like in the 21st century, particular for those working in media subjects.

Our keynote speaker is Catherine Grant from the University of Sussex, a highly respected champion and producer of the video essay format. She established (and continues to curate for) the open access campaigning website Film Studies For Free, and the Audiovisualcy video group, and is also founding editor of the academic digital publishing platform REFRAME. Grant has published widely on theories and practices of film authorship and intertextuality, and has edited volumes on world cinema, Latin American cinema, digital film and media studies, and the audiovisual essay. A relatively early and prolific adopter of the online short video form, she is founding co-editor of [in]Transition: Journal of Videographic Film and Moving Image Studies. This new peer-reviewed publication was awarded the Society for Cinema and Media Studies’ Anne Friedberg Innovative Scholarship Award of Distinction for 2015.

In her presentation Catherine Grant will examine current multimodal approaches to research and digital publishing in film and media studies. She will focus on two recent examples of audiovisual essays published online alongside written texts to argue that not only would film and media studies benefit from moving “Beyond the Book” as a presentational mode, but also from embracing the new networked and digitally enriched research methods and processes that lead to these enriched scholarly media forms, too.

Featuring speakers engaged in the commissioning, publishing, creation, archiving and housing of digital publications, this event is also part of the programme for the third edition of the Frequency Festival of Digital Culture (23 Oct-1st Nov 2015). Projects discussed as part of this event will include examples of digital ‘practice-as-research’ exhibited as part of Frequency Festival. www.frequency.org.uk

As part of the event schedule, participants will have the opportunity to explore the Festival trail throughout the city, and will be offered complementary tickets to the provocative and immersive digital projection extravaganza at Lincoln Castle as the final event of the magnificent Magna Carta 800 anniversary celebrations. **

In short, our debate will focus on:

and should be of interest to creative media practitioners, academics, publishers, commissioners, students … anyone interested in debating the changing shape of publication in the digital age.

* Thanks to Virgin East Coast, a special direct ‘Festival’ train service from London to Lincoln will be available on Sat 31st Oct (leaving London at 9.10am, arriving Lincoln at 11.03) at super-discounted rate. Additionally, a free upgrade to first class, with symposium/Festival goodie bags, will be available on request. For those who need to return to London the same day, there’s a direct service that leaves Lincoln at 5.15pm arriving at 7.11pm.

** The One, The Few, The Many, by the seeper digital arts collective (www.seeper.com), will offer an incredible immersive digital version of Lincoln Castle, illuminating the dynamics of individual and collective power, past and present.