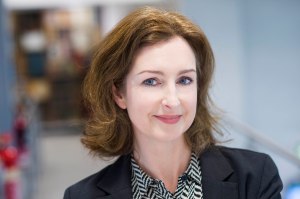 Why I am supporting the Academic Book of the Future Project:

How arts and humanities researchers manage and understand hybrid research experiences that cross the analogue and the digital is an issue that will stay with us. All of us need to increase our comprehension of the context of things that are positioned at increasing removes from their place of origin, and we need to understand better the coding and information architectures that store and present surrogates and renderings to us. Both within and beyond the academy, how we visualise the complex relationships and structures of digital environments will be increasingly important so that we can detect and remain mindful of that which is omitted, obscured or resistant to digital forms and environments. Data visualisation literacy and increased interest and understanding of digital structures among students and scholars, for both the production and construction of research, needs to move to the top of the agenda. Knowing how things are made and remaining alert to the forces that shape what we have access to will allow us to better understand and interpret both data and scholarship and to recognise limitations alongside possibilities. The Academic Book of the Future Project is a vital part of this process.

Having undertaken research in archives, museums and picture libraries since the 1990s, Catherine is particularly interested in how technology has transformed both the tools and practices of research, stewardship and curation, as well as the very objects encountered in these processes. Catherine has led numerous digitisation projects, currently the AHRC-funded Exploring British Design project, and was a member of the steering committees of the Archives Hub and of Mapping the Practice and Profession of Sculpture in Britain and Ireland 1851-1951.

Catherine worked at the Royal Commission on the Historical Monuments of England and at the Imperial War Museum, and she has published widely on commemoration and sculpture after the First World War. In 2008 she was awarded the University of Melbourne Macgeorge Fellowship for her research on the sculptor Paul Montford and the book from this project was published in 2013. She is co-editor of the Sculpture Journal.

Dust to Dust: a particular history of khaki
An essay exploring the word ‘khaki’ in various contexts, each touching on its association with dust and ideas of the particle.

Integral to Moriarty’s development of the University of Brighton Design Archives is her conviction in curation as a creative interpretative practice and on research-led stewardship. Initiating artists’ residencies, exhibitions, and research projects of different kinds, she is interested in the use of archival resources in a broad range of contexts. Since the 1990s she has led a range of innovative projects with a variety of partners including AHRC-funded collaborative doctorates and JISC-funded digitisation projects. Recognised as an important resource for the study of design internationally, the Design Archives and the work of its team was endorsed in 2010 with the award of core funding from the HEFCE Museums, Galleries and Collections Fund. Moriarty has directed a variety of digitisation projects and has written on the history of the Design Council’s photographic holdings, and on the relationship between sculpture and design. In 2007 she curated an exhibition on the work of the designer and sculptor Bernard Schottlander with the Henry Moore Institute, Leeds, and, in 2015 for Pallant House, Chichester, an exhibition on the architect Joseph Emberton.